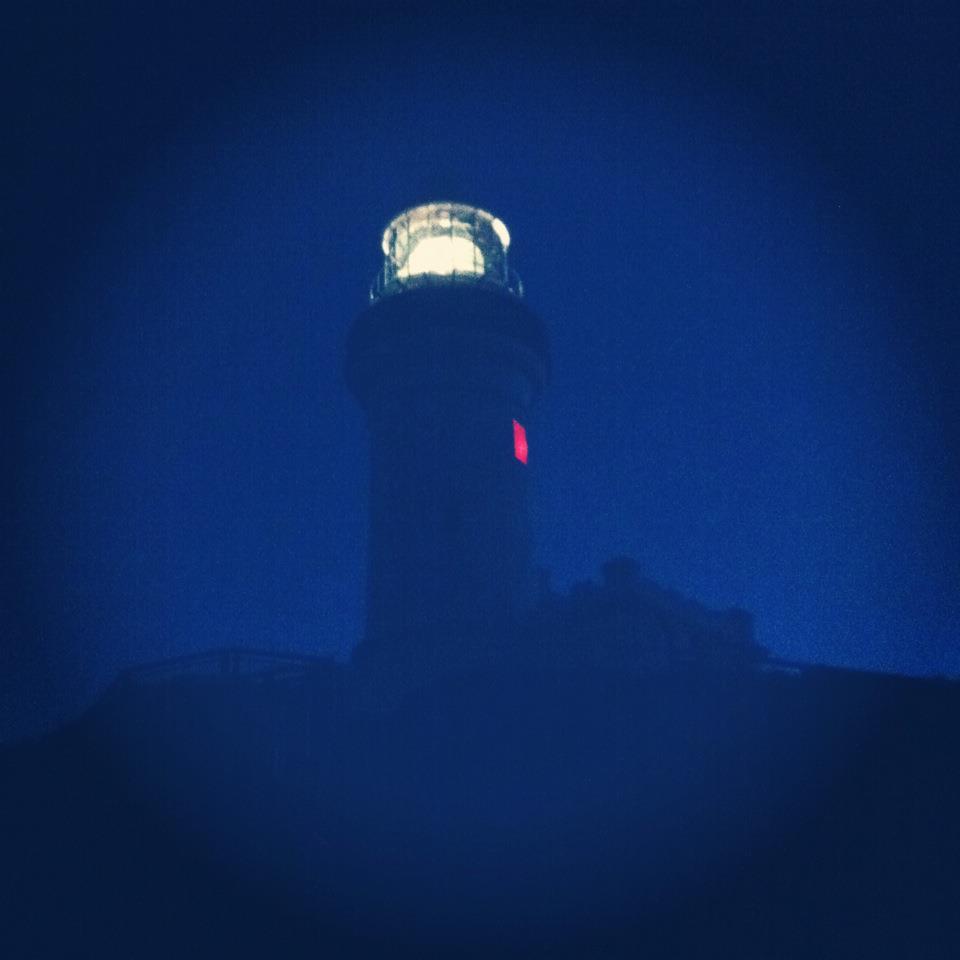 Sometimes I need a lighthouse for my own
Because it gets so dark I can’t see which way I’m going
Oh, lighthouse man I’m all at sea
Shine a little lighthouse light on me

If I were to pick an image that was representative of my 2013, it would be the Cape Byron lighthouse.

In this strange new world where everyone’s lives are broadcast in 140 characters, through sepia filters and with smiley emoticons attached, we tend to edit out the bad bits.

I saw an old colleague of mine earlier this year who said: “You seem so happy, Sam. I follow you on Facebook and you just have the best life.”

I was gobsmacked. At that moment, I was actually falling apart. Yet, somehow, I’d fooled the outside world into thinking things were not only A-ok, but that my life was so full of sunshine and rainbows that it was enviable.

The truth is, while those highs did come, there were plenty of terrible lows that didn’t make it into anyone’s news feed.

I wrote a short story about my experience with post natal depression a few months back. It won a contest and was published in an ebook that you can purchase here.

The Cape Byron lighthouse, in many ways, ‘healed’ me. (I type healed in inverted commas because it’s such a cheesy Byron word,  but I can’t think of a better alternative.)

After being cooped up with an unsettled newborn for several months – and I mean literally cooped up with a cyclone, floods and torrential rain outside – my first walk to the lighthouse was transformative.

1) It helped me to bond with my baby – Jonah was not an easy newborn. He cried most of the time and didn’t sleep well. Yet, when he was strapped to my chest, the rhythm of trudging up those stairs brought him a sense of calm. He also didn’t seem to like snuggles in those early days, but when he was in that pouch we were heart to heart and our walks were like one prolonged, lovely cuddle.

2) It gave me perspective – Mullumbimby-based psychologist Lauren Tober wrote an article for the Elephant Journal  on how ‘looking up’ gives us wider focus and the ability to see things as an observer, rather than getting caught up in minute detail. Her article gives the full scientific shebang, but essentially it says that if you want to feel good you should look up and out towards the horizon. There’s no better place to do that than from Cape Byron. 3) It was a workout – If there was a course called ‘Lifting Your Mood 101,’ exercise would be listed as the first suggestion. The Black Dog Institute says many trials have shown that exercise can be an effective treatment for depression. The trouble is, when you’ve hit rock bottom, it can be seriously hard to get the motivation to walk out the door. If I can get in the car and make it to Clarks Beach (where I start the walk), that’s the hardest part over. Climbing the stairs to the lighthouse is a breeze – albeit a sweaty-huffy puffy-panty-sort-of-breeze.

4) It invoked gratitude – I often fall into a habit of feeling sorry for myself because of the size of my house. It’s very small, and being home all day while I’m on maternity leave from full-time work can make me feel more than a little claustrophobic. Standing on the cape and looking out over Byron Bay towards the Gold Coast and south towards Broken Head, gives me a renewed appreciation for the beautiful town I live in. My house may be small, but it’s the price I have to pay (for now) to live in the most amazing town in Australia.

5) It reconnected me with nature – Another very Byron thing to say, but it’s the truth. The lighthouse walk has it all – rainforest, ocean, sand, sun – depending upon which path you take. I’ve seen plenty of whales, dolphins, wallabies and even the odd snake along the way. It’s always different and it’s always awe-inspiring. Read this article for scientific proof of nature being good for stress and depression. And that’s it. Not my usual sort of post, but one that I thought was important in terms of ‘keeping it real’ as the year comes to an end and acknowledging that life isn’t always rosy even if Facebook makes it seem that way.