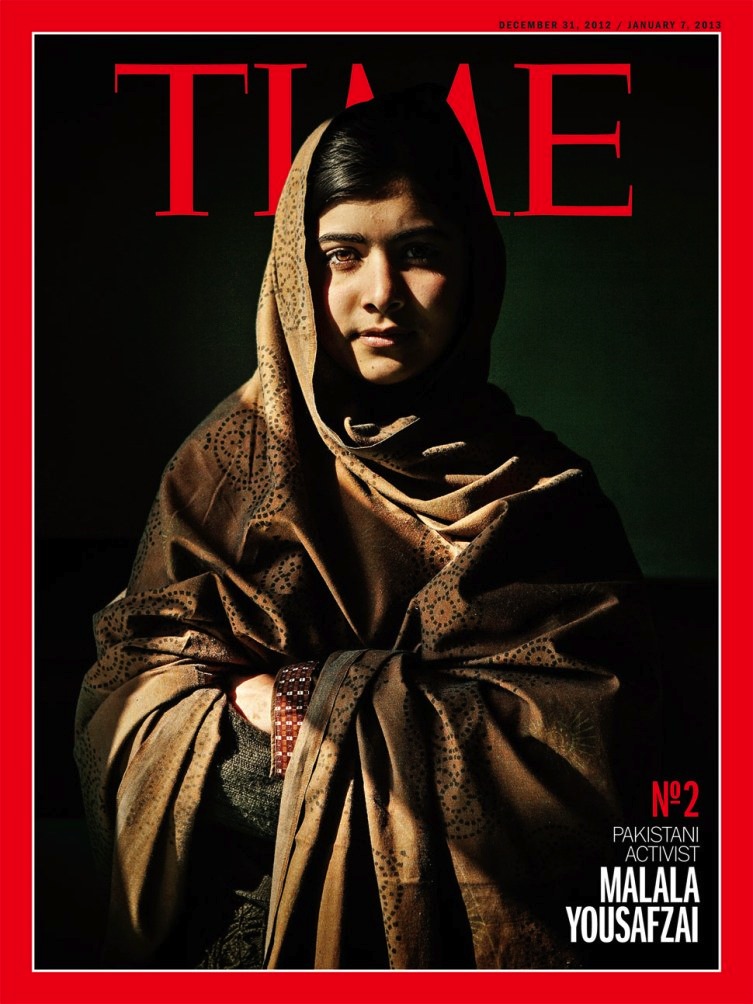 1) Malala Yousafzai – Shot in the head by the Taliban while riding a school bus in Pakistan. Yousafzai recovered and became the first girl ever nominated for a Nobel Peace Prize. Her United Nations address on her 16th birthday was nothing short of awe-inspiring. If you want to explain to your children the definition of hero, point them towards Yousafzai. 2) Jane Caro – Ever come across someone who has you constantly nodding in agreement? I seem to be on board with absolutely everything Caro has to say, on any topic. She has become a serious role model for me and many others frustrated by what seems to be a resurgence in misogyny, particularly directed towards women in prominent positions. A writer and lecturer with a background in advertising, Caro sparked the #destroythejoint Twitter conversation in response to shock jock Alan Jones’ claims that women in power were destroying Australia. Caro, along with thousands of other Australians, retaliated with the message that we have had enough. Attacks on women in power are attacks on all of us. The DTJ Facebook page (managed by a team of 30 volunteers) is one of my favourite daily check-ins. ambassador for girls ‘changing the world by being themselves.’ I’ve posted about Poehler before here. 4) Julia Gillard – When the former Australian prime minister delivered her anti-misogyny speech in Parliament I had shivers down my spine. She spoke like a woman at cracking point and she spoke with real passion. Too often women self-censor themselves for fear of being labelled ‘crazy,’ ‘irrational’, ‘psycho’ or even ‘pre-menstrual.’ Her speech was well-researched, her words compelling, but the force was in her delivery. More than a year on, I still find myself watching it on Youtube every once in a while. Australia lost Gillard in 2013 and regardless of your politics, the country’s first female prime minister is a milestone we should be proud of. As Gillard said in her exit speech, referring to her gender: “It doesn’t explain everything. It doesn’t explain nothing. It explains some things. And it’s for the nation to think in a sophisticated way about those shades of grey.” willowy beauty. But, apparently, by Hollywood standards the Oscar-winning actress is overweight and has been asked to slim down for certain roles. She’s made it her mission to regularly joke about this in interviews, speaking about her refusal to conform to the film industry’s ridiculous standards. It’s been refreshing to watch, and I hope her messages have been absorbed by the legions of teens and young women who look up to her. 6) Wendy Davis –  I have aspirations of one day living in the US (not permanently, but short-term). My husband is vehemently against it and always brings up redneck culture, gun laws, obsession with celebrity, Christian fundamentalists… and a gazillion other maybe right and maybe wrong perceptions to dissuade me from the dream. Well, Davis is a beacon of hope to challenge my husband’s stereotypical views of, particularly, the southern states and their people. In June, Davis pulled off an 11-hour filibuster to block a package of laws that would dramatically restrict access to abortion in Texas. Legendary stuff.

7) Brenda Chapman – the creator of Disney’s first film to feature a proper female hero – Brave. Most impressively, Chapman was outraged when Brave’s leading lady, Merida, was ‘made-over’ for merchandising. 8) P!nk – This woman is HUGE in Australia. When she toured recently, pretty much everyone in my Facebook feed updated their statuses to say they’d secured tickets to one of her concerts. I’ll have a dance to P!nk, especially with my best mate who is a die-hard fan, but her music isn’t completely my cup of tea. What I do love about her, however, is her ability to empower women. This speech is pretty great. I particularly like the quote: “Here’s what I wish. I wish that girls embraced their power and their worth and their value in their youth, and not sell it or barter it for anything and have to buy it back later in life.” and founder of GoldieBlox. I know I was never encouraged to pursue science and engineering with the same enthusiasm as other subjects at school. And we all know we live in a world where men outnumber women in those fields. People like Sterling are working to change that equation with awesome initiatives like this. 10) Ines Almeida – Not a household name, but one of the women behind the amazing Brave Girls Take Back Media campaign and the founder of Toward the Stars. The brave girls campaign was a crowd-funded initiative that involved renting a billboard in Times Square and broadcasting tweets with the hashtag #bravegirlswant. A few of my own messages featured.