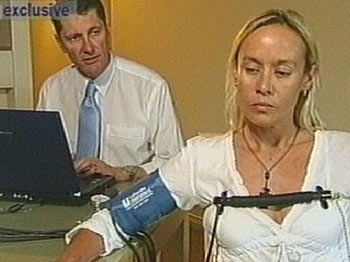 Where were you when Schapelle Corby was sentenced to 20 years in a Bali prison?

On May 27, 2005, most Australians were crowded around a television set watching the dramatic live verdict.

I was sitting in the backyard of Jodi Power (then Jodi Power-Ripley) – one of Schapelle’s ‘best’ friends who later became one of her worst enemies.

I was working at The Northern Star newspaper, which covers stories across the NSW north coast.

I had interviewed Jodi a few times after Schapelle had been detained. Jodi lived in Byron Bay, like me, and became our paper’s ‘local connection’ to the story that was captivating the nation.

From the get-go Jodi regurgitated the Corby family’s story. Schapelle was innocent. She had no idea how 4.2kg of cannabis found its way into her boogie board bag.

I wasn’t certain of Schapelle’s guilt myself, but I believed that Jodi thought her friend was innocent. She was so distraught. Her distress was real.

A few days before the sentencing, a photographer and I organised to meet with Jodi so we could capture her reaction to the decision as it happened.

We arrived at her house and found a metropolitan television crew set up in the lounge room.

City journalists have a tendency to get their story leads from the regions then swoop in on their helicopters for the big moments.

“Is it still OK if we sit with you for the verdict?” I asked Jodi.

She was already a mess.

The TV reporter puffed his chest out as if they were old friends.

I shrugged at the photographer. We could wait outside. All the TV crew wanted were some tears and a few short grabs. We wanted more substance.

We sat in Jodi’s garden and could hear her sobs from inside as the sentence was handed down.

Jodi’s mum came out first for a cigarette and I interviewed her.

As I suspected, the TV crew didn’t want much. When I watched the evening news Jodi appeared on screen for mere seconds.

We sat with her for close to an hour.

She cried and cried. What I witnessed was genuine despair for a friend. I’m sure of it.

I suggested a shorter sentence would have been easier to take, but Jodi wouldn’t have it.

So, you could imagine my shock when Jodi and her mum next made headlines about two years later.

In 2008 the Seven Network was found to have defamed the Corbys by airing the interview.

She has since gone to ground.

A falling out with Mercedes and the need for quick cash to pay for divorce lawyers have been blamed for Jodi’s nasty change of heart.

Today, as Schapelle walks free, I wonder where Jodi hides.

I also wonder what pushed her to turn on her friends in such a vicious way.

And, most of all, I wonder if I am naïve.

Who amongst us is truly trustworthy?