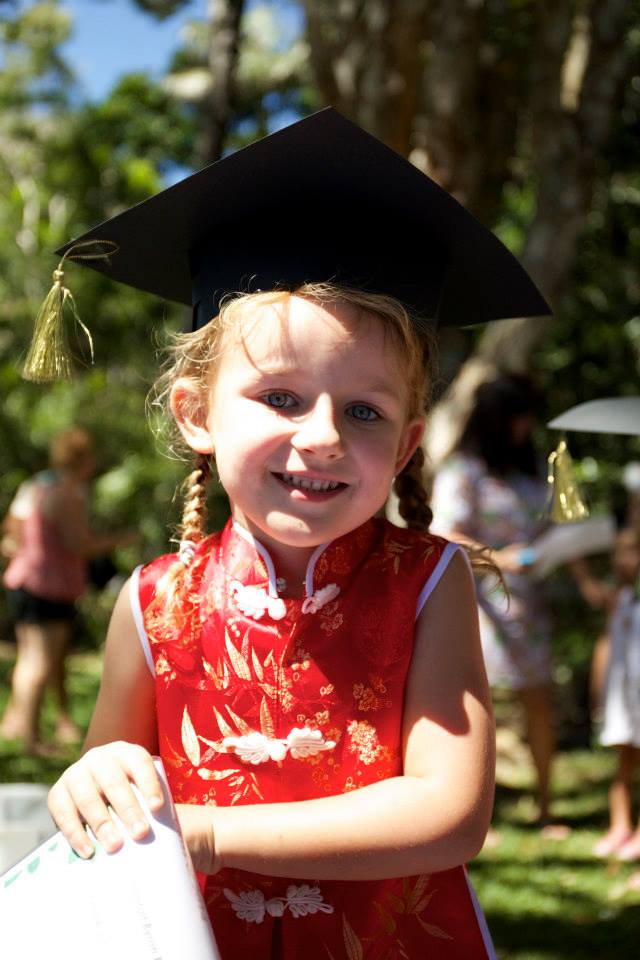 It was the loveliest morning.

I made quite the fuss, taking along my ‘big’ camera to capture the event.

As the kids got up to receive their cardboard mortarboards and certificates, one of their beloved teachers read out the answers to questionnaires they’d done earlier.

The last of the questions was ‘what do you want to be when you grow up?’

There were a few teachers, a waitress, a police officer, a handful of princesses and a couple of Elsas.

Even I, a hardened anti-princess, couldn’t help but grin at the innocence of the answers.

Although, I wondered what Lib would say.

We had quite a heated argument just this week about Barbie.

‘Barbie is booooooring,’ I said. ‘She doesn’t do anything.’

Lib huffed back: ‘How would Barbie feel if she heard you say that? She actually does have jobs you know – lots of jobs. You don’t know what you’re talking about, Mum.’

So, I wouldn’t have been surprised if Lib chose princess, queen, fairy or the like as her response to ‘what do you want to be when you grow up?’

And, really, she’s four. Four-year-olds change their minds every few seconds. Lib’s answers in the past have ranged from postman to witch to movie star.

As she walked to the front of the crowd, I snapped away photos and listened carefully to the teacher.

‘And Libby says when she grows up she wants to be a… builder.’

It looks like Lib’s Goldieblox, Lego, toolkit and set of gears has had more of an influence on her than Barbie – despite her affection for it all.

Diversity really is key. Shower a girl in nothing but Barbies and that’s all she’ll ever know.

But throw some ‘boys’ toys’ into the mix and she might just surprise you.