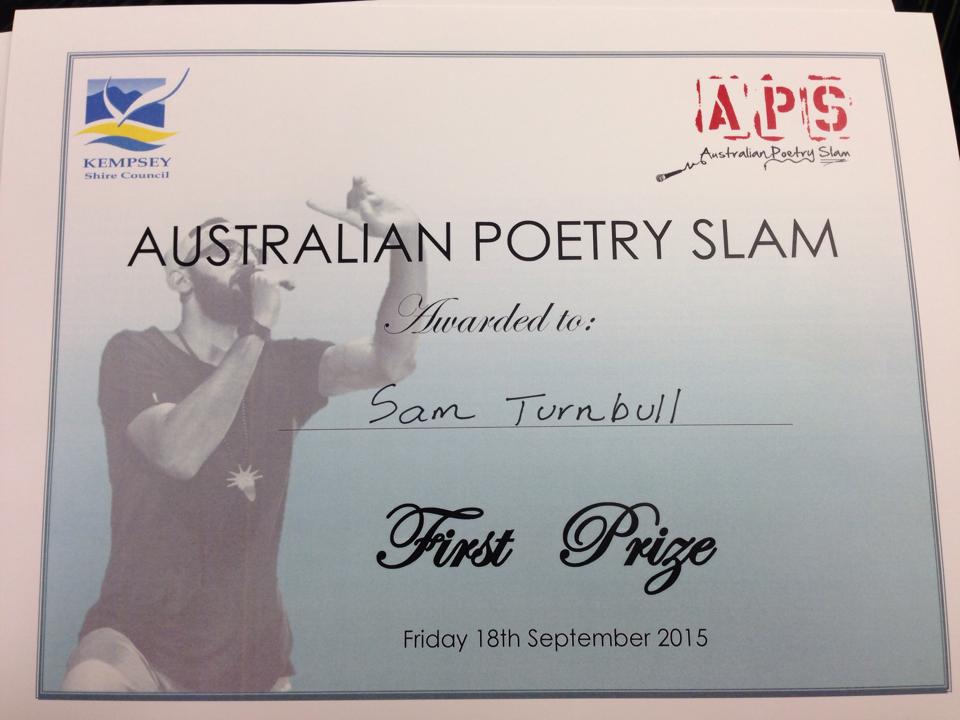 This will be my last blog for a fortnight or so as I knuckle down to write a new poem.

I travelled four hours south to Kempsey last week for the local heat of the Australian Poetry Slam. I couldn’t go in the heat at Byron Bay because I was the feature act after winning last year… and I wasn’t entirely sure I was up for making the effort to head to the mid north coast… but now I’m glad I did.

I won and, funnily enough, my husband placed second. He was stoked and, although I might be biased, I thought his poem was the best of the 20 on the night.

Despite winning, I wasn’t that into my poem. Last year I was quite confident that my words were good, and the poem I performed in Kempsey just didn’t live up to it in my mind.

It’s a strange feeling when others validate your work but you know, deep down, that you could do better.

The competition at the state finals last year was INTENSE! All of the poets were amazing.

So, I don’t want to head back this year with a lukewarm feeling about what I’m about to deliver.

Wish me luck as I write and memorise something new and hopefully mind-blowing… the finals are on October 9 if anyone is in Sydney and keen to come along!