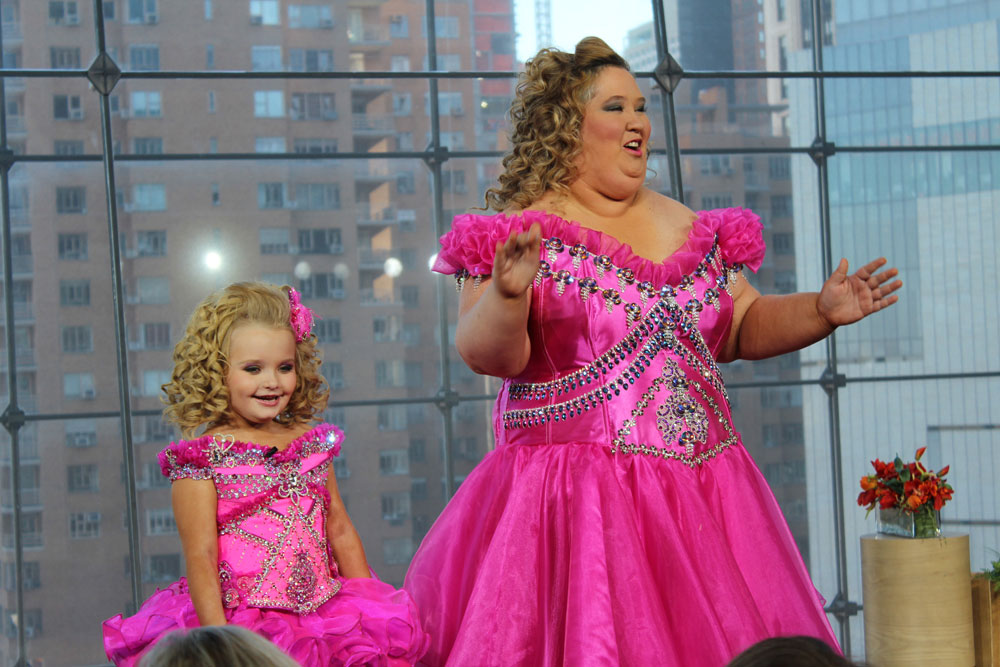 I don’t know what came over me, but it wasn’t pretty.

I was getting Libby ready for her end-of-year dance concert which, unfortunately, required make-up and slicked back hair.

As I put the gunk on her face (about one quarter of the recommended amount in the note sent home to parents) I told her: “This is silly stuff, you know… You’re beautiful without this… Your teacher says it will help people see your face on stage, that’s all.”

Then came the hair. I was nervous about the hair.

Lib has very fine, wispy curls that hardly make it into a hair elastic. Yet the note said she was required to have a low bun with pins and hairnet.

I bought said hairnet but there was no way it would work. The thing was so big it could have covered Libby’s entire melon. Her bun was only the size of a pea.

I ditched the net and set to work pinning back the dozens of stray wisps around her face.

When the ‘do finally measured up, Libby leapt into her aunty’s arms and scruffed up my work in the process.

As soon as I made the fuss I cringed. Who was this crazy stage mum?

Libby’s aunty and dad looked at me like I was a woman possessed. And they were right.

Looking back, I think I was worried about my daughter not fitting in. The instructions on the note were so specific, I didn’t want Libby to be the only one with a lopsided bun or bare face. I didn’t want her to stand out – not in that way.

When we arrived at the theatre I realised just how unwarranted my craziness had been. Sure, there were plenty of girls who fitted the mould down to every last instruction on the note… but there were also plenty who either hadn’t read it or just didn’t care.

I was relieved. This ballet caper was more relaxed than I thought – and that was a good thing.

And, in the end, Libby did stand out. She missed a cue to leave the stage with her group and instead stayed in front of the curtains while a second performance began. Rather than run off and join her group, she just copied and danced along with the strangers as if she was supposed to be there.

I hope she always feels so comfortable standing out – in any way she chooses.