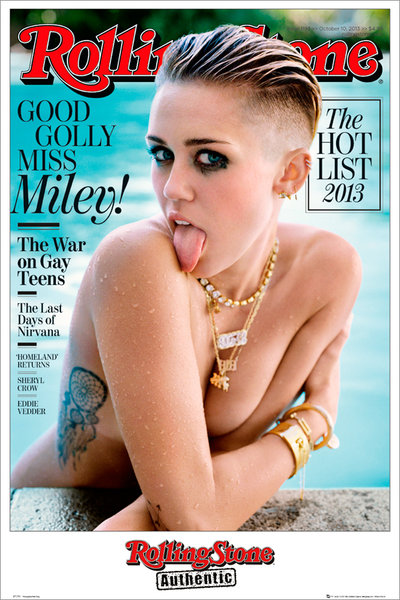 Miley Cyrus is no victim

Miley Cyrus is smart. A little lazy, but smart.

When I first witnessed her now infamous ‘twerking’ and absurd tongue flashing at the MTV Video Music Awards, I was a little depressed.

I get that she was trying to shed her Disneyfied former self (bye bye Hannah Montana). I get that she had something to prove (she’s a grown-up now). I get that a lot of it was tongue-in-cheek (or should that be tongue-ON-cheek?).

And, most importantly, I get that it was all carefully calculated.

We’re all playing into her hands by giving her so much press. That’s what she wanted. That was the whole purpose of this desperate and easy stunt.

Sinead O’Connor (who I love) has posted a letter on her website urging Miley to stop prostituting herself.

It came off as a little patronising. Whether Miley is a pawn of bigger players in the record industry or the master of her own destiny is irrelevant from where I stand.

The point everyone seems to be missing is that Miley is not the real victim here.

She’ll sell truckloads of albums, buy another a mansion or two and plot her next headline-making move.  She may, as Sinead predicts, end up in rehab years from now suffering from her sexploitation. Who knows?

The true casualties of this horror are the millions of kids who have idolised Miley Cyrus for all these years. She is HUGE.

I worked in all-girl US summer camps a while back and to describe those campers as obsessed with Miley would be an understatement.

As many of them navigate their own paths into adulthood they’re watching their beloved Hannah Montana evolve into an overtly sexual, risque, hot mess.

They’ll visit their first clubs and twerk their nights away together. They’ll laugh at us old fogies tut-tutting their barely clad bodies.

And, while Miley Cyrus makes another million bucks, they will lose a whole lot of dignity.

Who do your kids admire?