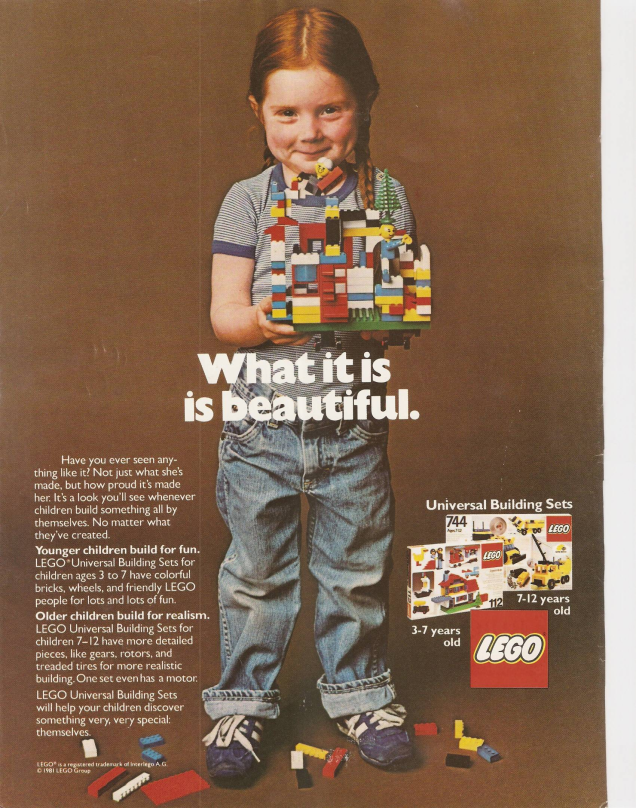 There was no time for small talk. No ‘how’s life in the North Pole treating you?’, ‘did Rudolph like the spinach we left out last year? Sorry we didn’t have any carrots.’

She cut straight to the chase. The list of ‘wants.’ The Lalaloopsy desire is the direct result of relentless advertising.

After almost a decade without free-to-air commercial TV (thanks to living in a reception blackspot) we finally got it turned on this year. I didn’t realise how relaxed we had it without kids’ ads blaring through the screen every eight minutes from 7-9am and 4-7pm.

The Lalaloopsy ads seem to be the ones that have transfixed our Lib. I’m sure she has no idea what Lalaloopsy actually is (a rag doll that supposedly comes to life), but the TV is telling her she needs one and she’s obeyed with constant ‘Muummmm, I want that,’ to which I reply ‘ask Santa.’

I think she may be in luck with the doll.

The uniform is a necessity for the start of ‘big school’ so I’m unsure as to whether it’s a little Grinchy to claim as a stocking filler or whether we should just give it to her in January.

The toy dog might not make the cut due to the fact she has one of almost every breed already.

And the trombone may have to wait until she’s a little older and shows she has a genuine commitment to learning a super expensive and loud musical instrument.

As for the pony and spaceship… Santa may have to leave an explanatory letter saying when Lib moves to a house with a yard those wishes can be reconsidered.

The snow we can do. It won’t fall from the sky (we live in the tropics after all), but it will be home-made and hopefully loads of fun.

And the Lego… well, the Lego… what does Santa do there? Does he get her the ‘special girl Lego’ in predominantly pink and purple? Or does he get her the more traditional primary coloured sets that were once for everyone but now seem to be in the domain of boys?

Maybe he’ll get her both.

One thing’s for sure.

This wouldn’t even be a question if Lego stuck to its guns from the 1970s when its creators insisted it was a toy that knew no gender boundaries.

I can’t help but think they’d be better off as a company to go back to their 1970 approach – don’t they realise we’re on the cusp of a revolution here?

Check out this note to parents from Lego in 1974 – it’s doing the online rounds today, as it should: