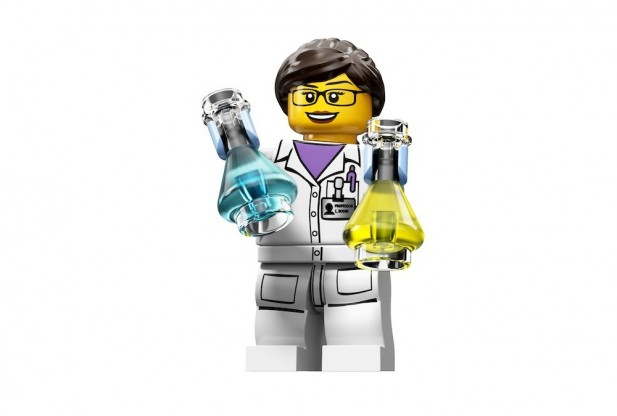 Lego has announced it will be releasing a new female mini-figure series of scientists including a chemist, palaeontologist and an astronomer.

On her blog, Dr Kooijman wrote: “As a female scientist I had noticed two things about the available Lego sets: a skewed male/female minifigure ratio and a rather stereotypical representation of the available female figures.”

“It seemed logical that I would suggest a small set of female minifigures in interesting professions to make our Lego city communities more diverse.”

I’m so excited by this. Especially since Lego decided to introduce pink and purple sets specifically for girls a couple of years ago. Urgh. I’ll be adding the little scientists to the kids’ Christmas stockings this year for sure.

Slowly but surely, the world is getting the message.

– Check out Let Toys Be Toys if you’re interested in joining the campaign to stop limiting children’s interests by promoting some toys as only suitable for girls and others only for boys.