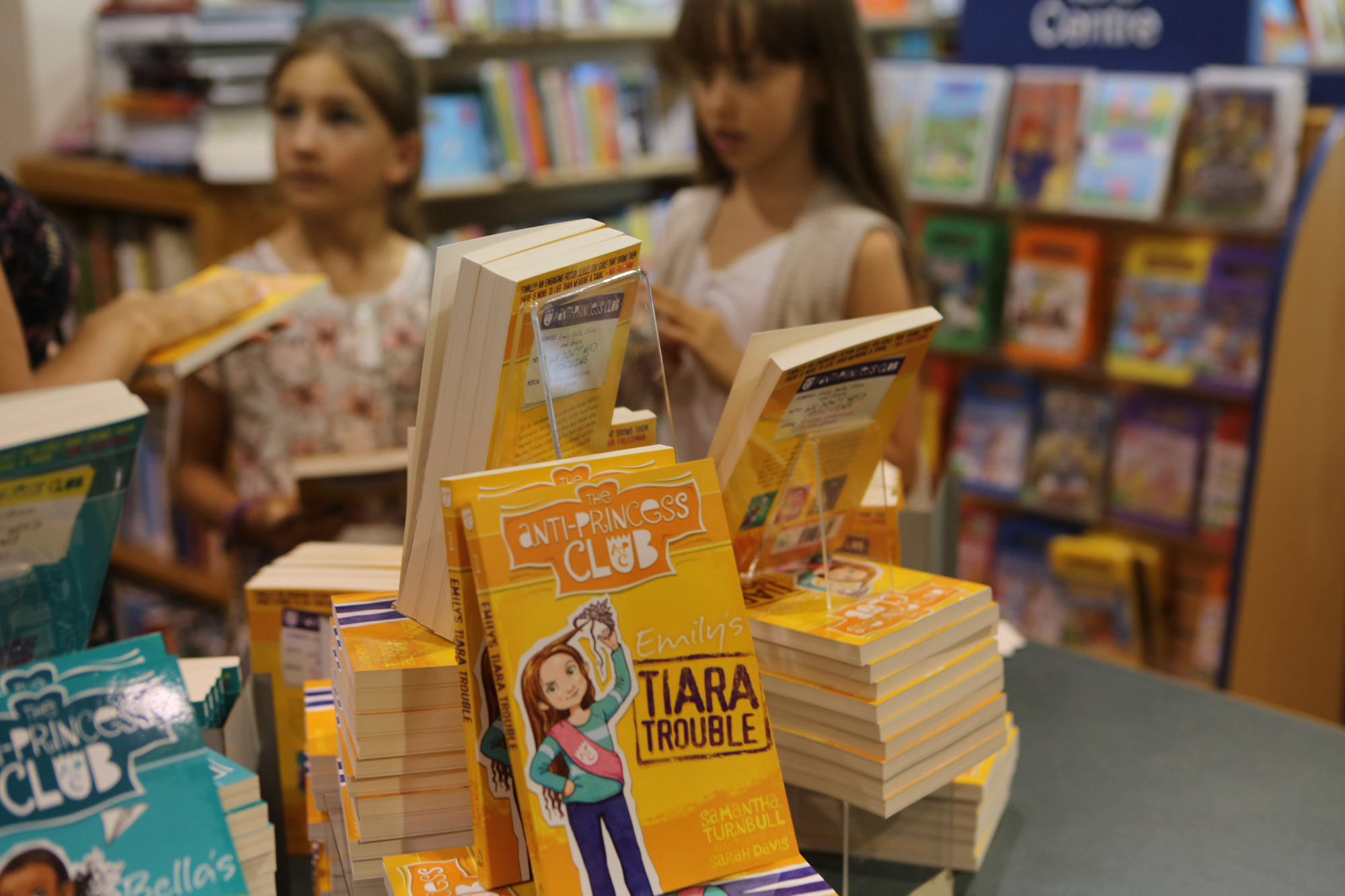 An editor of mine once said to me: “Sam, you’re too polite.”

He was giving me advice on how I needed to change if I wanted to become an editor myself.

At the time I took great offence – yet nodded, politely, of course.

But he was right. From an early age, like many girls, I was taught that it’s inappropriate to be negative.

I think that’s why the ‘anti’ in ‘Anti-Princess Club’ alarms some old-fashioned adults.

They don’t want their daughters to be anti anything.

One woman wrote on my Facebook page: “‘Anti’ is too negative – it’s not good to be anti.” I wrote back: “What about guns? What about war? What about drugs? That would be OK, wouldn’t it?”

Princesses, or at least the fairytale variety that the characters in my books don’t like, are fictional creations. Why is it so controversial that a child may dare not to like them?

I want my daughter, and my son, to know that it’s OK – in fact it’s healthy – to be opposed to something… not everything, but something.

How else do we raise our future leaders? Or is that why so few of them are women? They’ve grown up in a culture where daring to challenge means causing trouble.

The characters in my books are so damn sweet, intelligent and empathetic… yet the title ‘Anti-Princess’ has meant some have dismissed them as hateful without turning a page.

And I bet it’s those parents whose children could benefit from reading my books the most.