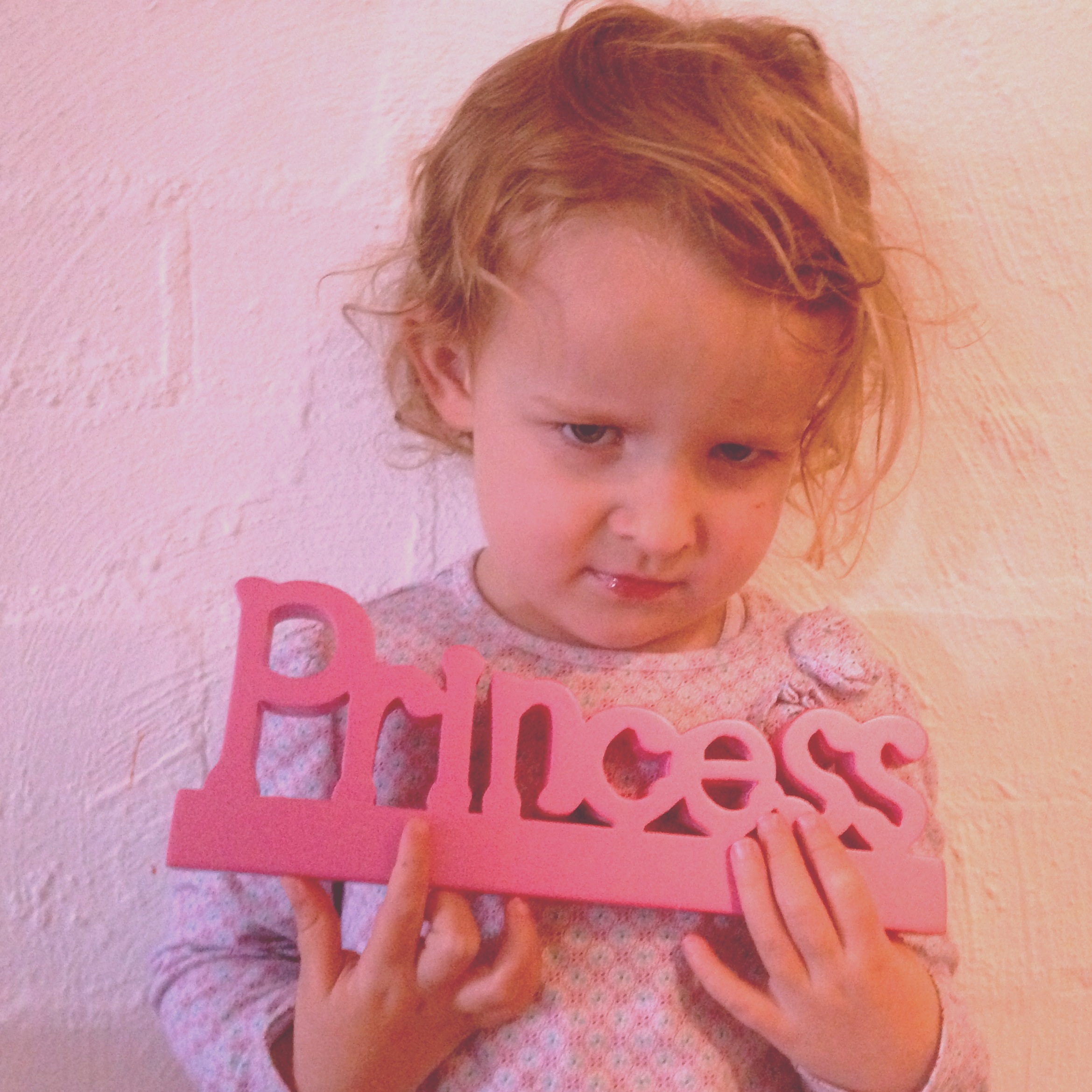 Hi there, and welcome to my new blog.

Let me begin by introducing myself – I’m Sam – a mum of two, a wife, a dog owner, a Byron Bay dweller… but before all of those things I was a writer.

For as long as I can remember I’ve loved putting pen to paper.

When I was a kid I’d write everything from poetry to plays. As a teen I wrote a column for the local newspaper in between angst-filled diary entries. And eventually I became a journalist so I could actually get paid for telling stories (it’s a great ‘real’ job).

Since having kids, however, I’ve rediscovered my love for fiction and managed to somehow find the time to write a novel or two while my babies slept.

The inspiration for my first book was this: It’s my daughter with a wooden sign that was supposed to be put on display, but instead got pushed to the bottom of a toy box. It was one of the first presents she received when she was about a week old.

At the time, I couldn’t explain why but the ‘princess’ label made me shudder. All I knew was that it was such a cliche and I wanted more for my girl than an expected fascination with ball gowns and tiaras.

I reasoned with myself that small doses of frou frou couldn’t do any harm, but the princess paraphernalia kept flooding in and piling up. My tiny baby wasn’t being given a choice. Before her eyes could even focus she was simply expected to like this stuff.

Once I ventured out of my new baby bubble and into the real world I began to understand why our house was turning into a sea of pink princessiness. There’s just not much else out there that’s marketed to our girls, at least not in the mainstream retail outlets and media.

Western society tells us girls are supposed to like princesses with the odd fairy or unicorn thrown in for good measure. And so, like sheep, we buy princess dolls, princess puzzles, princess pencils, princess boogie boards, princess basketballs, princess nappies and so.many.princess.books.

I’ve spent the past three years trying to open my daughter’s eyes to a wider world than the one that’s marketed to her. I’ve since given birth to a boy who I hope will also grow up feeling free to be himself without the boundaries of gender stereotyping.

My books were written as empowering stories for primary school aged girls and have been described as a refreshing alternative to all the sweet-angel-unicorn-fairy stuff that fills so many pink and bejewelled shelves right now.

I’ll be sharing more about my books soon, but in the meantime this blog is where you can read about my life in Australia’s most easterly town and my quest to keep our play time as anti-princess as the kids will allow.

– The ‘anti-princess play’ link on this blog is where you will find inspiration for play time that doesn’t involve princesses or other craptacular products marketed specifically to one gender.