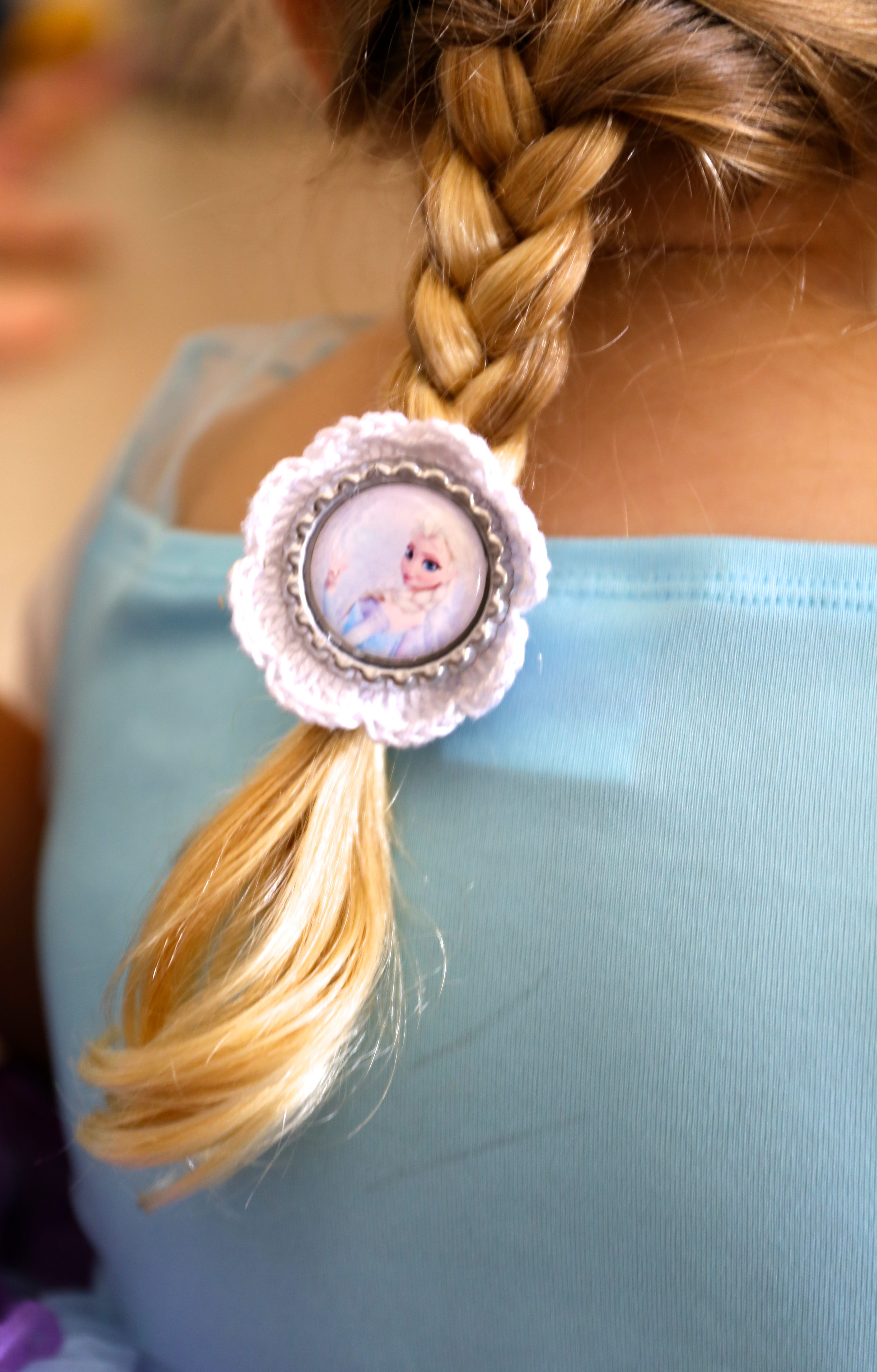 Libby’s pre-school is holding a dress-up party in a couple of weeks.

I’m one of those mums who loves making costumes (yes, feel free to roll your eyes here). So, naturally, I was quite excited when I saw the notice on the pre-school gate.

‘What will you be, Libby?’ I asked. ‘An octopus, a wild thing from Where the Wild Things Are, an astronaut, oh, oh, I know – THE STATUE OF LIBERTY!!!’

I was deflated. On most days, at pre-school drop-off, at least one kid is already dressed in an Elsa costume.

On most days, at pre-school pick-up, Libby has a tiara ‘like Elsa’s’ painted on her forehead.

As for why they all prefer Elsa over her sister Anna, I’d like to say it’s because of her powers or superiority in the monarchy, but the real answer is: she has a fancier dress.

‘But everyone will be dressed as Elsa, Lib,’ I moaned.

This is one of the reasons I’m anti-princess. The insidious marketing that comes with pretty princesses drives me bonkers. It eliminates choice, diversity, individualism and, some say, imagination.

The same could be argued for superheroes and boys, but as Rebecca Hains says in her book The Princess Problem: ‘Girls have been playing princesses for generations. But there is something wrong when that is the main type of girlhood marketed to girls. Princesses should be one of a vast range of options for little girls. Compared with the choices boys have, preschool girls’ play choices have become exceedingly limited.’

I’m the first to admit I’m part of the problem.

I’ve given in to buying not one, but four cheap Frozen dolls over this past year to reward Lib for various deeds (spare me from a parenting lecture there).

I wouldn’t have been able to justify paying the premium price for the ridgy didge Disney merch on such whims, but I’ve handed over a few bucks for knock-offs at ‘pop-up’ shops around the traps.

I even bought Lib a cap with Elsa and Anna on the brim, her Gran bought her the Frozen DVD, and her dad came home with the CD the other day.

By my standards, that’s A WHOLE LOT OF CRAPTASTIC FROZEN STUFF for one household.

I’m done with it. Let’s move on to the next obsession.

‘Oh, what a shame you don’t own an Elsa costume,’ I said. ‘We’ll have to think of something else.’

I know K-mart doesn’t have an ‘s’ on the end but that’s how Libby says it – apparently.

Until that point, I was unaware that Libby even knew what K-mart, or K-marts, was.

I’ve got 16 days to try to convince my daughter that there are better costumes out there than Elsa. That we could create something rather than rely on K-marts.

I’ll keep you posted on my progress.

4 responses to “Enough of Elsa”