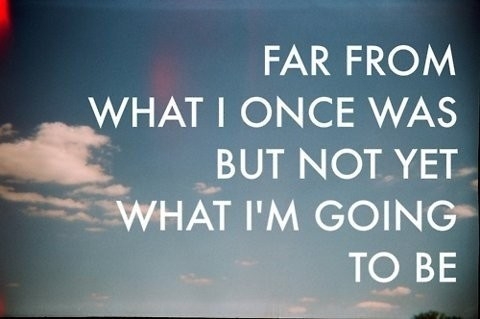 You may have noticed this blog has had a name change. It had been appearing under the banner ‘Anti-Princess Mama,’ but I decided that label was a little limiting.

While, yes, I’m not exactly into supporting the princess machine (OK that’s an understatement), it’s such a small part of my make-up and I want to write about more than that one topic.

We can’t live in pigeon holes for too long.

Another change I’ll be making is no longer referring to my little ones by their real names.

I’m not about to go back and edit every other post where they have been named (if you’re curious, just look in the archives). And this isn’t a move I’m making because I’m fearful for their safety (I weighed up that whole side of the argument before I started this blog, and came to the conclusion I wasn’t putting them in danger by identifying them).

It’s a decision that I’ve come to after watching them (particularly my daughter) develop their own strong wills and senses of identity, that shouldn’t be defined by me.

We live in a world now where we are all creating our own set of digital footprints, easily trackable by anyone who wants to go searching.

And when my children begin carving out their own online presences, I want them to be able to do so without years of labelled baby photos and mummy anecdotes cluttering their space.

Put simply, if a future employer or the like Googles my children’s names, I want the results to be their own making (not mine on their behalf).

So, from this moment forward I’ll be referring to daughter as Miss Five and son as Mr Two (highly original, I know, but at least with a little context, and obviously upgrading to Miss Six and Mr Three when… you get it).

And there’s the other matter of reading a bunch of promotional material at writers festivals and school visits recently that describes me as ‘blogger.’ Is someone who has averaged a post a month for 2015 really able to claim they’re a legit blogger? Maybe, maybe not… but I’ll be posting more often during the next few weeks at least as I take a brief breather between submitting manuscript Number Five and getting a start on Number Six.