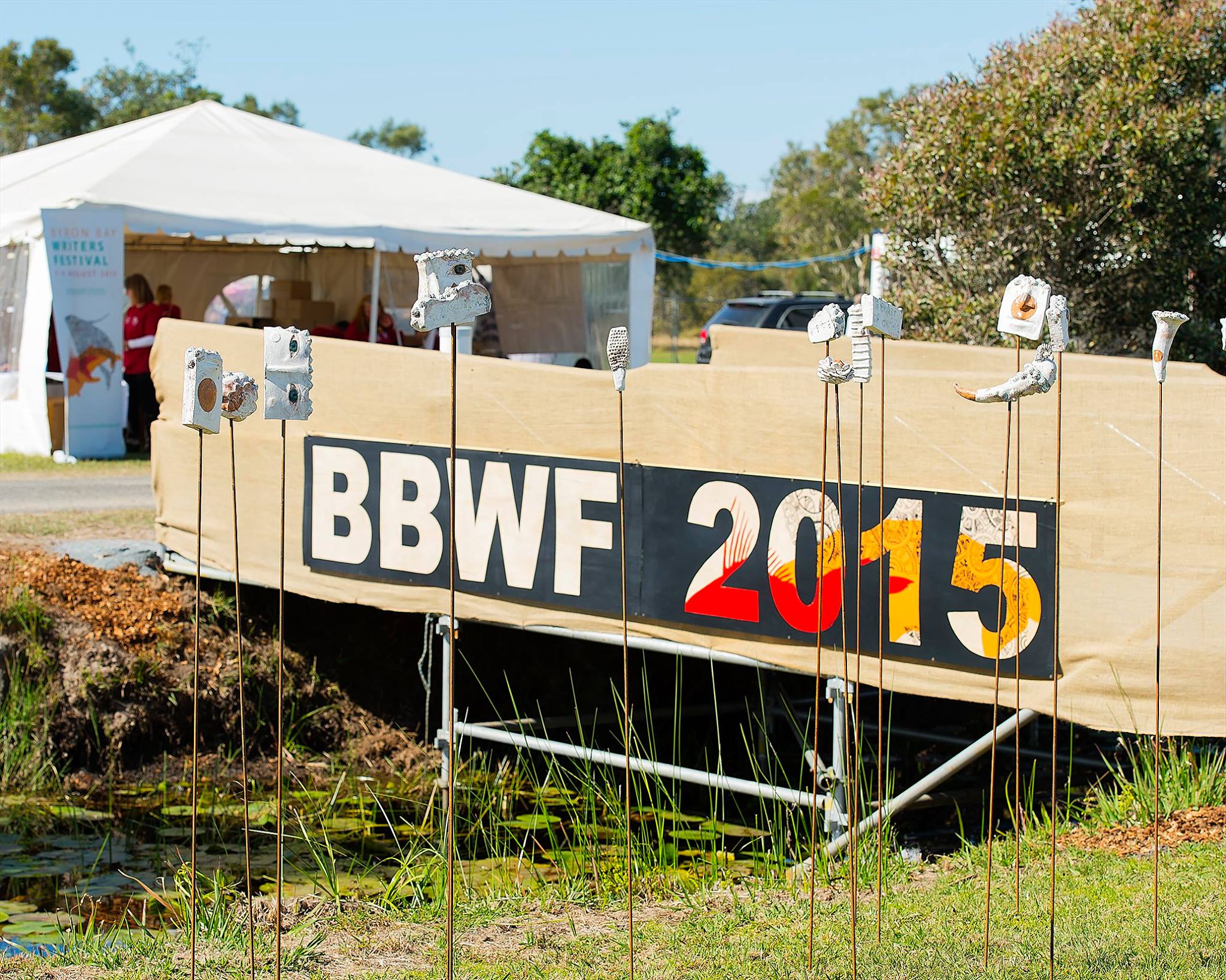 You know what’s difficult? Adjusting to reality after something like the Byron Bay Writers Festival.

I had a pretty magical time there last Friday to Sunday.

It also involved quite a bit of hat-changing.

Byron Bay is my home town and my ‘day job’ is as a journalist here for the ABC.

So, I spent the morning of the first day of the festival working on a live radio broadcast from the site. Then, in the middle of the day, I was behind the camera filming for the ABC’s Book Club program with Jennifer Byrne (and what a great gig she has just quietly – reading amazing books and interviewing the people who wrote them!?!).

By the late afternoon of Day One, I had to switch to ‘slam poet’ mode for an on-stage panel discussion called Leaping off the Page: Spoken Word Art with Emilie Zoe Baker, Zohab Zee Khan and Miles Merrill (all of whom are wonderful and very different poets themselves).

I got to perform my ‘anti-princess’ slam poem that won last year’s Byron Bay Writers Festival poetry slam, and give my rather simple opinions on spoken word as a literary genre (I think I spewed out something a bit bogan-ish along the lines of thinking poetry was pretentious while I was at school, and being drawn to slamming as an adult because it was poetry for the masses with fewer rules).

Day Two was even better as I was the feature act at the festival poetry slam, which meant I had a 10-minute slot to fill. I performed three poems which the audience seemed to seriously dig. The only downside was that because I was the feature act I couldn’t enter the actual slam. The event was an official heat of the Australian Poetry Slam, so I’ll have to take a drive to another town (Newcastle maybe?) if I want to enter. The overall slam was highly entertaining by the way – you’ve got to go next year!

On the third and final day I had to switch to children’s author mode (my favourite mode of all) as the first writer up in the Kids’ Big Day Out marquee. I must admit, I was nervous about being on so early, but…. I’d guess there were around 120 people in there when I got up on stage, which was super impressive for 9am on a cold Sunday.

I knew I had to go all out to get everyone fired up for the day, so I rapped in a hoodie (that rap will make an appearance of some sort online very soon), I burped on command (that wasn’t planned, but someone from the audience said she thought a real anti-princess would burp a lot), I got the kids to scream the Anti-Princess Club motto ‘we don’t need rescuing’ about half a dozen times (and may have disrupted sessions at neighbouring marquees in the process), I made a batch of fake snot (by following Anti-Princess Club character Chloe Karalis’s recipe) and I then allowed three kids to pour the snot over my head (while posing as a princess myself). It worked. The kids were pumped. Many bought books. Many lined up to have books signed. Many want a fifth book ASAP…. and…. drumroll please… they’ll be getting it soon! (More on that later).

Oh, and my favourite moment of the festival was seeing a girl take off her Cinderella jumper in disgust after my session – yeeewwwww!!!

One more writers festival left on my calendar this year – Scone in the Hunter Valley on the October long weekend – might see you there!