The Anti-Princess Club was released by Allen & Unwin in March, 2015.

‘Finally! An engaging fiction series for girls that shows them there is more to life than wearing a tiara.’ – Mia Freedman

When the adults in their lives won’t stop treating them like damsels in distress, the girls form the Anti-Princess Club with the motto: ‘We don’t need rescuing!’ 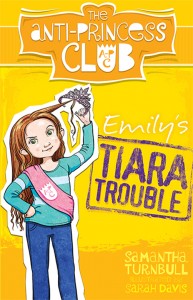 It’s the last straw for maths whiz Emily Martin when her mother enters her in a local beauty pageant.

Emily and her three best friends form The Anti-Princess Club and set their first mission.

With their awesome talents combined, can they show the world that girls want to be valued for more than what they see in the mirror? 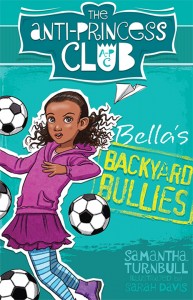 The anti-princesses meet weekly in their treehouse headquarters – a masterpiece designed by artistic genius Bella Singh.

But after an angry anonymous email, followed by an attack on their meeting place, it’s time for a new Anti-Princess Club mission to bring down their mysterious enemies.

Can the anti-princesses find and beat the bullies? 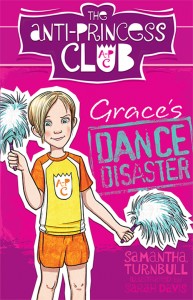 Sports-mad Grace Bennett is ecstatic when her teacher arranges a training session with a famous football team.

When Grace arrives on the field, however, her role is not what she expected – and doesn’t even involve kicking a ball!

How can she and her anti-princess best friends teach their teachers that there’s more than one way to be a girl? 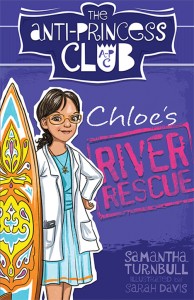 Science freak Chloe Karalis’s favourite person in the universe is her grandmother – and they’re both going on an awesome summer holiday with Chloe’s three anti-princess besties.

But when Yiayia goes missing on her morning walk, the foursome knows that they’re faced with their biggest mission yet.

Can they combine their unique talents and work together to rescue their beloved mentor? 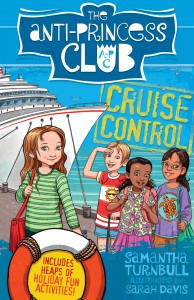 Maths whiz Emily Martin has won a place in a video game competition – on a cruise ship! And her best friends Bella, Grace and Chloe are with her all the way.

While onboard, the girls set themselves a few anti-princess missions: win the regatta, rescue the endangered turtle, prove that dolls can be more than pretty, and show the gamers that girls can compete – and win!

Can the anti-princesses work together to complete their missions, and maybe pick up some new members along the way?