So, Miss Five is no longer and Miss Six is.

Truth is, she’s still a bit young. I think next year she might be ready, or maybe even the year after that or after that. Most of my readers are around nine.

Here are Miss Six’s top five reads as chosen by her: 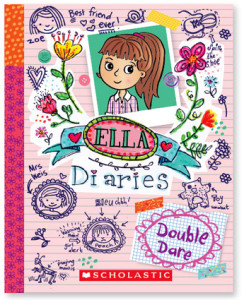 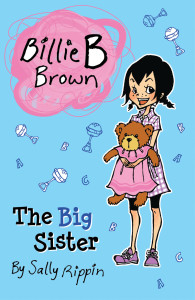 2. Billie B Brown series – these are probably the most popular early readers in Australia at the moment. They’re short, easy to digest and I’m a big fan of the lead character – I’d go so far as to call her ‘anti-princess’! Miss Six says: “Billie B Brown is funny, and I like that we can read one book all in one go.”

Folk of the Faraway Tree

3. Folk of the Faraway Tree – this is Miss Six’s ‘comfort book.’ She always goes back to it between new reads. I think she was only three when I first read it aloud to her at bedtime. It was my favourite at the same age. She says: “I like imagining the tree and the magical lands at the top.”

4. Fancy Nancy (I Can Read!) – They really should use these books in the kindy classroom at school – they are far more interesting than the ‘home readers’ Miss Six gets lumped with. I can’t rave about this format of Fancy Nancy enough. She says: “I like Fancy Nancy books because I can read them on my own with no help.” 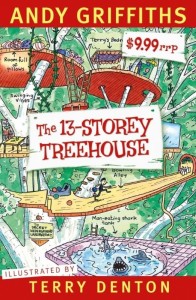 5. Treehouse series – It would seem not even kindy kids are safe from the clutches of Andy Griffiths’ Treehouse series. I bought one for myself to ‘see what the fuss was about’ and ended up reading it aloud to Miss Six. She was completely hooked and now has them all. They’re above her reading level, but she is completely and utterly engrossed as we read them to her. She says: “Andy and Terry are sooooooo funny… I want a treehouse.”