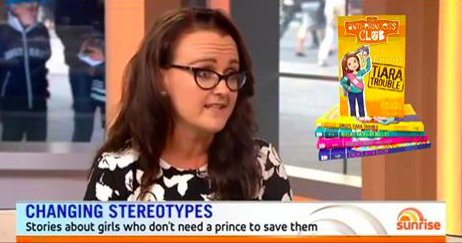 A broken arm (plus Shakespeare and Sunrise) As I write this, Mr Three is sitting at my feet while watching a DVD and nursing A BROKEN ARM.

Caring for him is consuming me at the moment, mostly because I feel terribly guilty that the break happened while I was away.

He was staying at his grandma’s for the night while I flew to Sydney for a poetry slam.

Apparently, he simply fell over awkwardly and hardly cried. It wasn’t until the next morning when his elbow swelled up to the size of a small melon that my mum realised it was serious and took him to the hospital.

So, that’s the most important thing in my life at the moment… looking after my precious, bandaged bundle.

If it wasn’t for that news, I would’ve started this post by telling you I won that poetry slam in Sydney.

It was actually a Shakespearean Sonnet Slam – to mark the 400th anniversary of the death of Shakespeare – at the State Library of NSW.

I wrote a sonnet arguing what would’ve happened if Shakespeare were a woman… then and now. I actually went to Sydney twice last week – on Tuesday morning I was on the Sunrise program talking about The Anti-Princess Club’s release in the US.

I quite like Sam Armytage and Kochie, so I was a little starstruck but think I pulled it off OK:

Video of me on Sunrise

Now, back to my boy and his arm…