And 3000 of my closest friends, all on Facebook, remembered my special day – fancy that!

I replied to their well wishes with something along the lines of being glad 2016 was coming to an end because it hadn’t been the greatest year for me.

There was some family trauma that’s too heavy to mention here, and my beautiful cousin Kayla died of leukaemia at just 31. 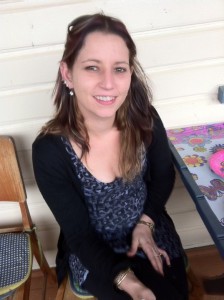 Professionally, I was feeling a little (a lot) bummed about The Anti-Princess Club not being commissioned beyond Book Five (I had hopes of becoming the next Ann M Martin with a never-ending series), and I froze on stage during one particular big poetry performance.

But it’s easy to dwell on the negative, right?

A friend of mine who was feeling a bit the same way decided to make a list of all of the best things that had happened to her in 2016 in order to gain some perspective… so, I thought I’d give it a try.

I thought about writing a HEALTH header… but let’s just say, I’m not sick – touch wood. 2017 might require a few green smoothies and a bit more physical activity on my part.

Acknowledge the bad, but give thanks for the good. Practising gratitude and all that.

Looking forward to the new year and finishing my SIXTH book (not an Anti-Princess Club book as alluded to above).